This miniature has been modified so that the right arm is in a lowered position from the original.

The district insignia, painted on a BattleMech's lower left torso and in a corresponding spot on other war machines, is a white dagger in a red sheath set against a blue field. BattleMechs also carry the Kurita crest on the outside facing of the right shoulder, and individual regimental insignias are placed on the upper right arm or upper left leg. Aerospace fighters and conventional vehicles carry insignias in corresponding places. The Third Regulars' regimental insignia is a ring of stars, the topmost one very bright. These stars represent Benjamin's sun and the twenty artificial "semi-suns" that surround the planet. Per FM: Draconis Combine, pages 40 and 42. 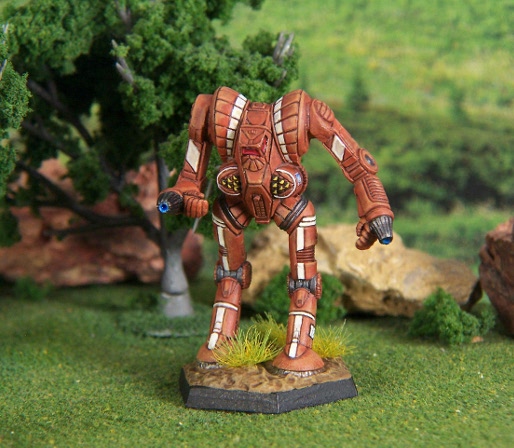 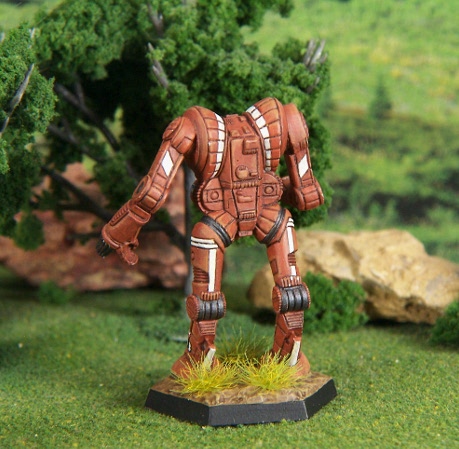 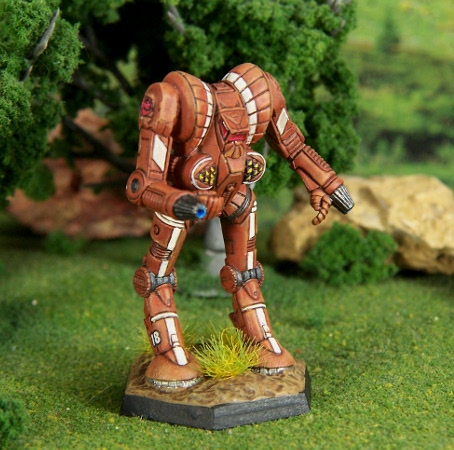